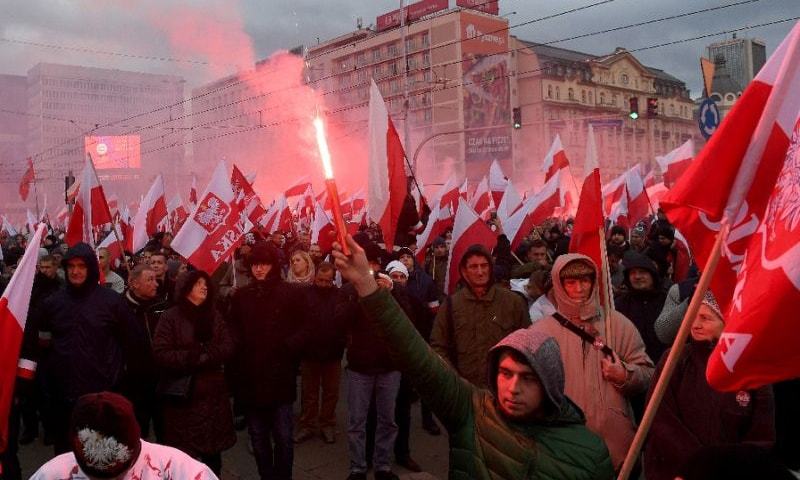 A recent poll in the United States found that, despite nearly every evangelical leader’s race-pandering and propaganda for diversity, even today a majority (52%) of white evangelicals in the U.S. view the country’s increased racial diversity in a negative light. Thankfully, a huge chunk of white Christian folk in rural America seem to be unaffected by the cultural Marxism promoted by the likes of Keller, Moore, McDurmon et al. This is something to praise God for.

When you combine these results with that of another recent poll over in Europe, it becomes evident that Christian societies, even in this age where our enemies have hijacked not only the media, entertainment industry, and academia, but even our pulpits, Christian cultures still maintain and even cultivate a natural aversion for religiously and racially mixed societies. One could call it a distaste for diversity, to employ the commonly used language, but this is misleading, since these multicultural societies are, in fact, antithetical to the real diversity of God’s creation.

What this recent Pew poll conducted throughout Europe has shown, is that in countries where Christianity plays an important part in the national life of the people, a smaller minority of the population support interracial and interreligious marriage.

When asked if they would be willing to accept Muslims and Jews in their family via marriage, the most nationalist responses came from Armenia – the world’s oldest Christian nation, where 72% rejected both Jews and Muslims as potential marriage partners. Among young adults (28-24), the proportion was even higher, at 77%. Interestingly, Armenia, R.J. Rushdoony’s motherland, was also the nation where the highest proportion of people responded that they view Christianity as an integral part of their national identity – 82%.

You see similar patterns in other Central and Eastern European countries, where a majority of Lithuanians (56%), Russians (57%), Croats (58%), Poles (64%) and Romanians (74%) view being a Christian an integral part of their national identity, and this is accompanied by a strong aversion to many degeneracies, such as the following:

Intermarriage with Jews and Muslims

You sadly see the opposite trend among Western European nations, the ancestral homelands of most of our readers. In the Netherlands, for example, only 22% view Christianity as integral to their national identity, and 9 of 10 Dutch have no objection to intermarriage with either Jews or Muslims. Support for sodomite unions is as high as 86% and legal abortion at 84%. Similar trends are found in the de-confessionalized Scandinavian countries.

These correlations are by no means coincidental. Scripture prophesies this in Romans 1. Where a people start hating God, natural affections also die, and hatred for their own people and children naturally follow. Apostasy leads to death.

We should be encouraged by the cultural impact that Christianity’s re-emergence is making in many Central and Eastern European countries, as well as by the fact that most white evangelicals in the United States have maintained much of these traditionalist sentiments, despite the radical leftist agenda being pushed by their leadership.