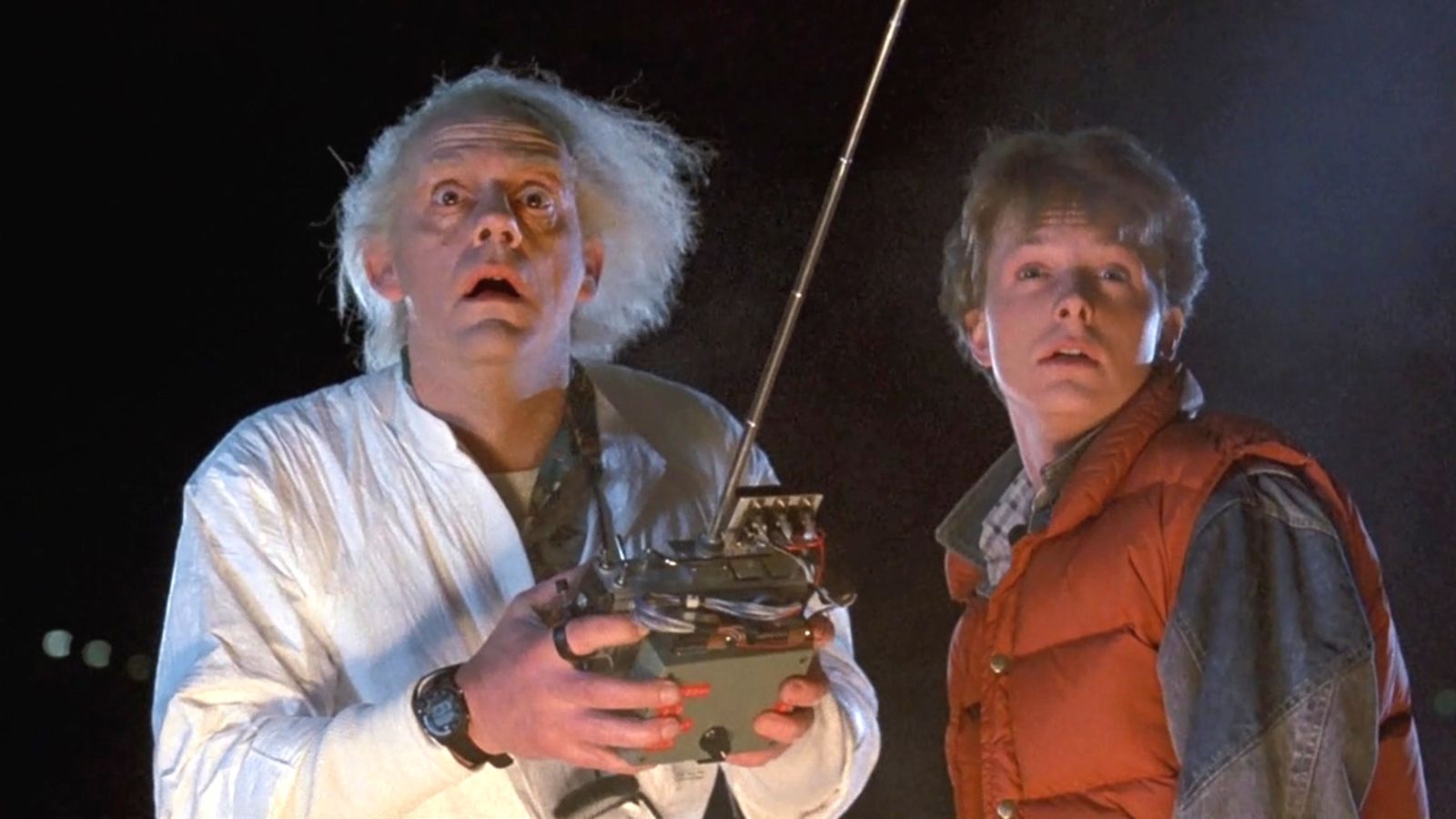 The more severe the societal discomfiture, the more wistful becomes the nostalgia for a more halcyon time, and for all the seeming exoticism therein. As postmodernism established its ugly dominion upon a Great War-ravaged Europe, a population increasingly set adrift from its Christian foundations listened to the lies of its then-reigning Theosophists and looked for higher truths in the ancient paganism of Tibet, the last frontier sealed off from curious eyes. Closer to our own time, in the stagflation-laden 70s, a considerably more sedentary population pined instead for the surface trappings of the comparatively recent bygone days of the 1920s through the 1950s. It is remarkable that in the especially dismal year of 1973, one of the decade’s top-grossing movies, American Graffiti, owed its tremendous success to being a valentine on celluloid to the glories of 1962 – a mere eleven years prior to its release. It’s difficult for us today to fathom a similar elegy being voiced to that magical year of 2007, but we have been enduring a prolonged period of satanic societal stasis that is not comparable to the catastrophic upheavals those conservatives still around in the early 70s recalled with fresh horror.

So what are you supposed to do if you’re a doomed Millennial or Gen-Zer of a rightist bent, paralyzed in a generational cubbyhole so demeaning even Parker Brothers sees fit to mock you, via its new Millennial edition of Monopoly? (“Forget real estate, you can’t afford it anyway!”) You’re going to reminisce about your own perfect childhood, of course. And since many Millennials recollect their happiest days as being their infancy (if not their prenatal state), it only stands to reason they would embrace the 1980s, the decade that brought them forth upon an uncaring world.

Just as wistful young’uns in the 1970s could not be expected to have personal recollections of the 1920s and 30s, so too we cannot expect Millennials to have similar memories of a decade they spent, if at all, in short pants. Their perceptions of the time would naturally be colored by the period’s popular media, and by and large the media of the time was decidedly optimistic and cheerful, based as it was upon the last significant sustained economic upswing after the fabled boom years of the 50s. Murika could seemingly do no wrong, neither on the revisionist foreign policy front (as witnessed in the Rambo and Rocky series), nor on the hedonistic ‘get all you can while you can’ domestic front (as promulgated by the ethos of Wall Street – no one remembers the ending when Michael Douglas is hauled off to the clink, after all). The most pressing problems seemed to be those suffered by the kids of The Breakfast Club. And if a chink in this rose-colored armor surfaced from time to time, as in the discredited lovable Cliff Huxtable persona Bill Cosby concocted for The Cosby Show, well, what of it? As John Milton so aptly demonstrated, you can’t have a Paradise without the occasional serpent showing up.

On one level, we graying Gen-Xers certainly can’t jeer at these tranquil reminiscences. In hindsight, it shocks even us to ponder on what was able to pass muster with nary a whimper in those days. Can you imagine a cinematic tribute to a (white) teenage militia waging a guerrilla war against invading Communist hordes a la Red Dawn‘s Wolverines being made today? (The atrocious remake featuring a hilariously unlikely invasion by North Koreans does not count, nor will it ever.)  Or even more unlikely: a major motion picture featuring a black chief villain such as Conan the Barbarian‘s Thulsa Doom – especially when portrayed by an A-list actor like James Earl Jones? We have become so inured to the pervasive perverseness of hypersensitive homosexual heterodoxy that we marvel at the anti-homo gags that were still endemic in 80s comedy, in everything from the Police Academy franchise to some of Eddie Murphy‘s best-remembered standup routines. ‘Clazy Chinaman’ bits were still prevalent (Sixteen Candles, anyone?), and no one wrote indignant letters to the editor about it, save a few irritable Tong members in San Francisco. Those remaining cultural tendrils of a civilization that once was even resulted in the ultimate unthinkable – Christian subtexts in children’s programming! It’s amazing enough that the comic strip B.C had a spinoff animated Christmas special that actually was promoted as such in the title, but when they had the audacity to depict the Three Wise Men and the Star of Bethlehem at the end….well, it’s a far cry from the generic ‘winter solstice specials’ with obligatory winks to Hanukkah and Kwanzaa starring Shrek or whoever that pop up on Netflix these days. All in all, while the 80s certainly didn’t break any records for insensitivity, there was a definite laissez-faire attitude towards cultural mores that becomes very appealing in an age where you can’t prostrate yourself low enough in the mud to make a surface atonement for your antecedents’ past defamation of noble ethnic and gender archetypes.

Millennials and Gen-Zers, too, resonate to this mellifluous echo which hasn’t quite managed to die away just yet. Alas, that’s all it is and ever will be…a mere echo. As they cannot hope to recreate the seemingly recent past (it costs money, for one thing), they can only spew forth their admiration in the virtual-reality forum of the internet. And they do just that…in a fashion as vast as the Pacific ocean but as shallow as a birdbath. To cite just one obvious example: take a cruise around YouTube one day and wonder at the vast number of videos there dedicated to antique gaming consoles and obsolete A/V hardware formats. Or look at the insanely lucrative trade that is to be had from hawking Masters of the Universe accessories – Mattel decided to hedge their bets by offering the decidedly Teutonic He-Man and his undeniably Wagnerian fantasy world on the one hand and corporate deal-closing Barbie and her gender-oblique person-friend Ken on the other. The youngsters also voice their support for the 80s in one of their more uniquely awkward fashions: via the dubiety of meta memetics. It is no exaggeration to maintain that there is an entire subgenre of memes dedicated to lampooning the notorious narrative ambiguity of Garfield, of which the random dadaist strips generated at the Garkov site can stand as a suitable representation for the whole. Another such subgenre can be found which takes King of the Hill for its subject matter – which, though not an 80s show, certainly falls well within the mores of the decade. Didactic depictions of Hank Hill smoking weed, saying ‘DERP!’, or fighting Pokemon abound, but a more sombre affection for Hank’s pithy small Texas town brand of conservatism (liberally peppered with neocon affirmations of the integrity of the Bush clan for an extra dose of realism) can be seen in the popularity of the Facebook page ‘Hank Hill Nationalism’, which, of course, recently went the way of the original incarnation of Polandball thanks to the all-pervading vigilance of Zuckerberg the Just. I would also be remiss if I didn’t mention the alt-right’s ultimate rejoinder to SJWs: Chuck Norris, whose karate-kicking GIF files have come to represent the paragon of Caucasian badassery to a generation of young males sorely bereft of leadership within their own ranks – and this despite the fact that Chuck spent the majority of the 80s churning out Judeo-friendly grist for the Israeli-based Cannon Films corporation. Make no mistake: for all the political incorrectness of the 80s, the Tribe was just as firmly in control of all mass media outlets as it is today.

If all this pining for a 30+ year-old misrepresentation of reality sounds unfathomably futile, that’s because it is. Look, we all have fond memories of the simpler and more honest way of the world in our formative years. However, no lasting society was ever built on pop culture riffs. Had the kids of the 80s spent all their time idolizing the 50s, who would remember the decade today? It was bad enough that the boomers spent so much of those years pretentiously regurgitating their ‘idealistic’ 60s, and good luck finding memes dedicated to The Big Chill or thirtysomething. This current decade is unlikely to be remembered with anything resembling fondness by whatever snappy name demographers choose to call the children of Gen-Z thirty years hence.

More to the point, though, there is something decidedly unmanly about romantically pining away for this sort of thing. This is an activity more suitable to late-Victorian era spinster women sighing while re-reading Jane Austen novels for the 67th time. Are not Christian men called to be builders? I doubt the ‘neon god’ referred to in Sound of Silence is the 1980s, but we certainly have enough people bowing and praying in that direction for one to think such things. A culture worth preserving is one that is built upon the solid Rock of Christ, not upon the jittery epilepsy of Max Headroom.

But it’s unlikely the Judaized, enmasculated, garbage-consuming alt-right will ever clue in on this. So here’s hoping the gently whispering cadences of Bob Ross lull them off into a nice long sleep. I have a feeling they’re gonna be needing it.