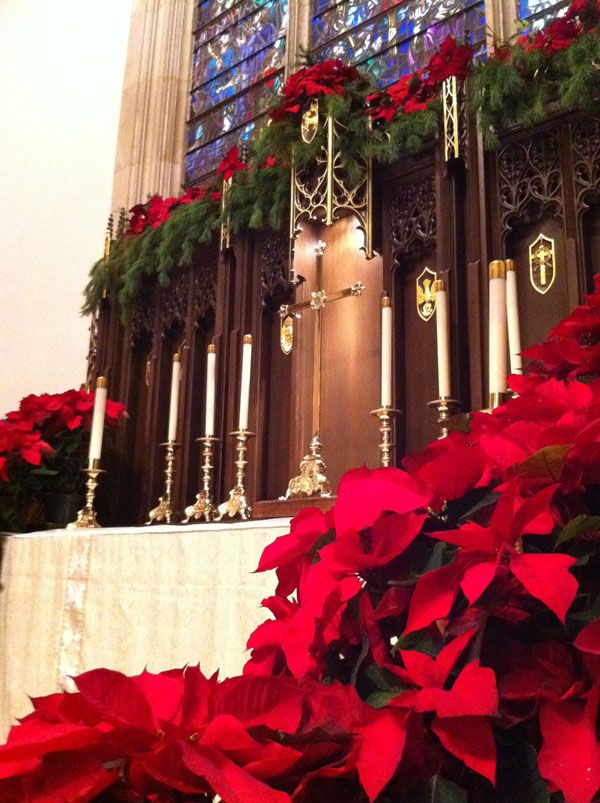 Christmas worship services are the highlight of the year in the Christian calendar. Even though in many ways Good Friday and Easter Sunday are more significant events in history, the theological import of Christmas and the sheer beauty of the Christmas season make going to church on Christmas Eve or Day very meaningful.

There are plenty of Sundays and midweek Bible studies that a minister can screw up. Christmas and Easter are not such occasions. Back in the days before preachers started putting their sermon outlines on iPads, a pastor I knew once accidentally flipped past several pages of his Christmas Eve sermon, which meant that he skipped a big chunk of his message and the congregation was a bit lost as to his point. From what I heard, leading members of the church had pointed conversations with him afterwards. The man had been there for a long time, and he kept his job. I don’t think he repeated the mistake, though.

Twice now I’ve had to sit through an overly lousy Christmas Eve church service. The first time was when a pastor at a mainline Protestant church segued to address the gay lifestyle during his Christmas Eve sermon. I remember sitting there as a young adult, expecting him to defend biblical, traditional morality. I remember sitting there shocked as he instead condemned those of us who believed in the biblical teachings on homosexuality. I was still young, and I was a visitor at this church where my relatives attended, so I didn’t get up and walk out. Plus I kinda wanted to see how the sermon would end in the hopes that he’d redeem it somehow. He didn’t. I have never forgotten that ruined Christmas Eve service, and always vowed that if such a moment ever presented itself again, I would never darken the doors of the offending church again. It’s Christmas, after all. If you can’t get it right on that day…fuhgeddaboudit!

That brings us to the present, current year. I had visited a nondenominational church with my family once or twice prior to attending at Christmas Eve, and had hopes that it wouldn’t totally disappoint. The pastor was a diehard Zionist, and several members of the congregation were cucks who had adopted interracially/internationally, but there was enough goodness left over to somewhat benefit our family spiritually. I had low hopes but few alternatives in this day when it seems like every church, regardless of its denomination, actively advocates white genocide and cuckoldry at every opportunity. The worship songs were average and too modern for my tastes. The sermon was average. I could live with that. But then they brought out the virtue signalling. Thankfully they reserved it for the very end of the service, so walking out was not an issue. But I knew that I’d never return to that church when the pastor and worship team — which had not used a single traditional song all night — started to play a song that has become a favorite of cuckservatives the world ‘round: “O Holy Night.”

When I was still trendy in the days before my red-pilling, I liked this song for exactly the reasons this pastor and flock probably liked it. It sounds beautiful, it has much content that is very worthy of God and reverent of the miracle of Christmas…and it makes use of Christendom’s most beautiful day to virtue signal against “racist” Southern slaveholders, against present-day white heterosexual capitalistic conservative men, and for the subjugation of white people to all the brown and black people of the world.

In response to a request from a local Roman Catholic priest, this early nineteenth-century song was originally written as a poem by Frenchman Placide Cappeau, who later became a socialist. He asked Jew Adolphe Adam to compose the music to accompany the lyrics. After the roots of the song came to light, French Catholic churches stopped using it in worship. However, the song survived among the laity, and eventually found its way over to America, where Unitarian minister and transcendentalist John Sullivan Dwight thought he had found gold in the crusade to crush the South in the song’s most SJW-friendly lines.

The song’s messianic impulse has endured to this day, where it is played with religious  fervor at liberal and conservative churches alike in support of the goddess equality. The lyrics have changed somewhat over time, but the relevant portions are:

Truly He taught us to love one another;
His law is love and His gospel is peace.
Chains shall He break for the slave is our brother;
And in His name all oppression shall cease.

These are the lines most earnestly sung by well-intentioned cucks across the West each Christmas season. These lines imply that God blessed and approved of the way in which the U.S. federal government ended slavery in the South. The bloody abolitionist song, “The Battle Hymn of the Republic,” does the same, as Rev. John Weaver has explained in this sermon.

It is true that God uses wars and civil governments to accomplish His purposes in history. However, it is blasphemous to assert that God approves of the sinful means that these bloody warmongers often use to accomplish His providential ends. Did God “heart” the Babylonians or Assyrians as they slaughtered, skinned, and exiled the apostate ancient Israelites? No. It is even more blasphemous to assert that God approves of innocents being attacked by warmongers. Did the South deserve to die? No.

Additionally, it’s flatly untrue that slavery in the South was inherently sinful. You might as well argue along the lines of modern feminism that marriage is inherently sinful. Unsurprisingly, many SJWs do take this position. Conservative Christians who think that they can be ideological bedfellows with anti-Christian radicals inevitably end up the followers of such radicals. Is this what we want to be a part of at Christmas?

At the worship service I attended, those lines comprised the second and final verse used in the song. There are other verses that the pastor skipped. There are other versions of the song he could have chosen to use. Lyrically, we went straight from singing God’s praise to proclaiming that God is a social justice warrior bent on raping the South and putting Barack Obama in the White House. The tune of the song is beautiful and many of the lyrics are worthy of approval. However, the meaning attached to this song makes it unacceptable.

Interestingly, the literal English translation of Cappeau’s poem is much more theologically acceptable:

The Redeemer has broken every bond:
The Earth is free, and Heaven is open.
He sees a brother where there was only a slave,
Love unites those that iron had chained.
Who will tell Him of our gratitude,
For all of us He is born, He suffers and dies.

In Christ people of every social station share equal access to God. This is the truth of Galatians 3:28 and Colossians 3:11 that social justice warriors pervert to their listeners’ harm. By substituting the idea that God wishes civil equality where He actually has established spiritual equality, these SJWs lower the Divine to the political, and exalt the State and People to man-made divinity.

Christ broke the iron chains of sin, not the bonds that yoked Onesimus to Philemon. (Rev. Weaver has a sermon on that topic too.) Black Haitians eating mud cakes don’t need equal voting rights. They need salvation. Our heathen forefathers didn’t need to change from their monarchical and/or tribal ways of government. They needed deliverance from sin and deliverance from idolatry. Today we don’t need socialism or reparations. We need faith and repentance.

At Christmas time, we should sing about God becoming man to save man and reconcile him to God. That is the basis of real Christianity and real social justice. We have loads of great hymns that do exactly this. Why play something that proclaims false doctrines about slavery and Providence? Those ideas are the basis of Communism. That’s not what I want to celebrate at church each Christmas.