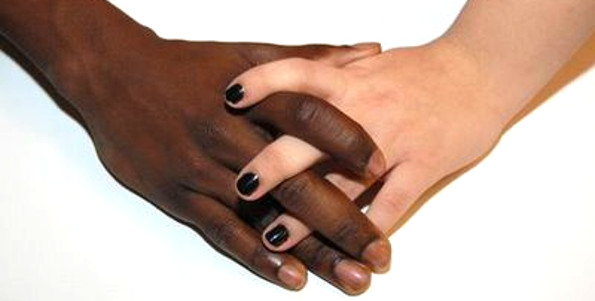 The above images are screenshots of Facebook posts by different people arguing against Kinism about a month apart. The argument that interfertility disproves Kinism is one of the dumbest arguments Alienists put forth and, considering the fact that their most popular strategy involves erasing the existence of gender, that is saying a lot. The basic argument goes that since individuals of different races can produce children together, this proves miscegenation isn’t immoral. The fact that a Christian would make such a bad moral argument is embarrassing, but it pops up often enough in debates on Facebook to warrant a response here.

The first point to address regarding the interfertility argument is that it makes moral any heterosexual activity. If a sexual activity is moral because it can produce children, then incest, polygamy, adultery, and fornication are all moral activities by that standard. If you argue that the difference has to do with it being within the bonds of marriage, then you’ve fully conceded that an action’s capacity to produce life does not ipso facto make it moral, thus abandoning the interfertility argument entirely – and that still doesn’t eliminate incest, polygamy, and sex following frivolous divorce, as all of those can take place inside a marriage. If you argue that all of those are forbidden in Scripture, then once more, you’ve abandoned the interfertility argument entirely and have now adopted biblical law as the standard instead; and miscegenation is forbidden under biblical law regardless of fertility.

Constructed most charitably, instead of holding that any sexual activity which can produce life is always moral, the interfertility argument might restrict its scope and hold that any fertile sexual activity cannot be sinfully exogamous. The moral case against miscegenation is based on its being an unlawful and unnatural extent of exogamy (outbreeding), but this argument would respond that racial interfertility demonstrates how miscegenation, if it is sinful, must be sinful for some other reason (and hence that it’s not sinful at all). As this construction of the argument would not hold that all life-producing sex is always moral, it would avoid the horrible entailments listed above. Yet it is remarkable to note that no Alienists actually articulate their argument this way. The arguments they put forth are so bad, so obviously unbiblical and unchristian, that we are forced to formulate their own arguments as best as possible. And irrespective of this consideration, this best-case Alienist argument still falters, for God Himself forbade unlawful outbreeding among animals to ancient Israel, both presupposing their interfertility and asserting their union’s immorality (Lev. 19:19). Indeed, this optimally-stated argument still retains a form of the above antichristian principle, that an action’s possibility entails its morality.

In short, the interfertility argument for the morality of miscegenation is entirely alien to Christianity. The fact that Alienists are willing to jettison the entirety of Christian morality to legitimize unnatural lusts just emphasizes the difference between Alienism and historical Christianity.