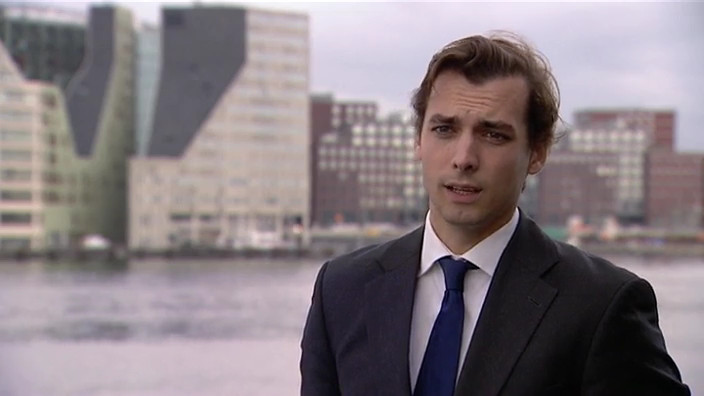 Thierry Baudet, the new face of the Dutch Right

In the midst of the discouraging news story that the ‘racist hate speech’ trial which Geert Wilders, the leader of the Party for Freedom in the Netherlands, is set to start soon, there have been a number of noteworthy encouraging developments in the Netherlands from an alt-right perspective. That the alt-right movement would be on the rise in a country like the Netherlands, which has for nearly a century prided itself on its liberal (and Marxist) values, is supremely encouraging.

The first explicitly alt-right Dutch organization, Erkenbrand, was launched just a couple of months ago. It hosted a conference in Rotterdam at the end of September, with speakers including the likes of F. Roger Devlin. It formed the first alt-right blog in the Dutch language and emphatically denounced miscegenation, virtually unheard of in Dutch society just a few years ago.1 One of the central principles of ethnonationalism is the appreciation of native languages, and while sites like ours do a great job in communicating ethnonationalist principles, there is an inherent value for those outside of the Anglosphere to see ethnonationalism promoted among their own people in their own language, a taboo which Erkenbrand has finally broken in the Netherlands.

One of the most recent articles on the Erkenbrand blog explained why the Forum for Democracy, a recently formed Dutch political party founded by the young right-wing journalist and publicist Thierry Baudet, would be a good choice for ethnonationalists come election time:

[Baudet’s book] The Attack on the Nation State (2012) already moves in the direction of ethnonationalism. . . . In the book Baudet writes . . . about tribal loyalty that people of the same kind have with relation to each other and the land on which they were born and feel bound to.

Oikophobia (2013) might be seen as Baudet’s most explicitly nationalistic work. . . . [With oikophobia] is meant the sick dislike of one’s ‘home’. With ‘home’ is meant the shared ancestry, culture, norms and values that characterize an ethnic group.

Erkenbrand rightly stops short of calling Baudet’s new party ethnonationalist, but it does note the significance of the fact that Baudet himself – and certainly many others in this new party – holds such sentiments. I would add that the party’s advocacy for democracy, to the extent of including the term in its name, is an unfortunate but understandable negative.

The blog states a vital reason to give preference to Baudet’s party over Wilders’s: the former has no connection to Zionists, an element of the Party for Freedom that has long discouraged many true Dutch nationalists from supporting it.2

The rise of an organization like Erkenbrand and a party like the Forum for Democracy is a much needed and long overdue development for the Dutch right. Back in 2013, Nathanael here expressed concern at the lack of organization in Dutch right-wing politics. Now, finally, and thankfully, things seem to be changing for the better.